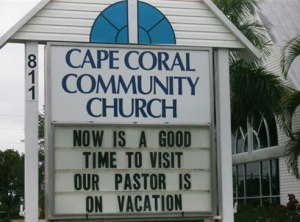 If you’re like most people in the Bible belt, you and the fam attended a “church service” this weekend, either on Sunday or Saturday.

And most of us remember going but do we even remember the message or teaching?

Were you so bored you couldn’t wait for the service to end so you can grab lunch?

After reading the novel – So You Don’t Want to Go to Church Anymore – my perception of “organized religion” and “organic relationship” (with Jesus) is changing the way I live this shared life.

(Free download of the novel directly –>[JakeStory5x8] or visit the author’s site: http://www.jakecolsen.com/contents.html)

If you’re like me, I survived on Cliff Notes in High School and did fairly well in my classes. My first inclination to whenever someone gives me a book or recommendation is if it’s been made into a movie or is there Cliff Notes.

To motivate myself, I read the Amazon reviews which I usually start with the 1-star ratings.

My goal is to do a “simple” chapter by chapter commentary so you can do your own personal study and see if things jive with the Bible.

Before we dive in, I want to share a few things that we did this weekend to apply what I call “organic relationship” with Jesus and others.

Friday Evening, we had our Uncle, Auntie, and kids over for a movie, popcorn, and bubble tea drinks. We watched Gifted Hands: The Ben Carson Story.

Saturday, I had my conceal carry/defensive training and had the opportunity to chat with the instructor afterwards and give him the Victor Marx DVD. Many law officers enjoy MMA and this is a great film to share. Shooting holes in cardboard is stress relieving or was it the dose of adrenaline. Later that evening we had special guests over for a Hawaiian BBQ style dinner which by popular demand, I made two types of Slush Bubble Tea drinks: Mango and Coffee . Yummy! =)

Sunday, we packed out the SUV with our little cousins. Thank God for 3rd-row seating. We had a total of 7 in the mama-mobile. We attended the Simple Church 11am service at the Convention Center which was a wonderful experience for all of us. We then had lunch at Naynay’s house and I took a much needed nap while we watched the last day of Olympics.

This was just some of the highlights of our weekend and it sure seems like it went way too quickly. Weekends really need to be 3-days (right!) with the same weekly pay (I wish). =)

So let’s take a look at Chapter 1 – Stranger and Stranger Still.

Jake Colsen (the main character) is at the hospital with his wife. Their daughter (Andrea) is having a sever asthma attack which could possibly take her life. Jake is conflicted why God would allow this suffering to their daughter.

This chapter introduces Jake’s friend that seems to fall into the “blessing and curse” category. Do you know anyone like that? Jake believes he might be the “real” John the Apostle.

But he’s brought me nothing but grief. Since he’s come into my life, I’ve lost my life-long dream job, been ostracized from the church I’d helped to start 15 years before and even found my marriage in rougher waters than I’ve ever known.

Jake recalls his first experience with John during a heated street debate about a Church Play invitation.  They exchanged these words:

“Who’d want to go to this second-rate production…?”
“I’ll never set foot in a church again…!”
“The only thing I learned in church was how to feel guilty!”
“Been there, done that, got the scars and ain’t going back…!”

“Where do these arrogant people get off thinking they can
judge me and…?”
“I’d like to know what Jesus would think if he walked into
one of these churches today…!”
“I don’t think he’d probably go, he seemed…”
“And if he did, he’d probably fall asleep!”

“Or maybe he’d die laughing…!”
“Or crying,” another voice offered which caused everyone to
pause and think a moment.
“Do you think he’d wear a suit and…?”
“Only to hide the whip he’d sneak in to do a little house
cleaning.”

Accusations volleyed quickly in the crowd. Most of them I had heard before–complaints about extravagant facilities, hypocrites, boring sermons, always asking for money and burnout from too many meetings.

Now we get to the good part. John (maybe the Apostle of Jesus) enters the pack of heckling wolves with his ninja skills, disarming the crowd with this question:

“You really have no idea what Jesus was like, do you?”

He could have been anywhere from late 30’s to early 50’s. It was difficult to tell. He was short, perhaps only 5’4”; with dark, wavy hair and an unkempt beard. Both were peppered with streaks of gray. In a faded green sweatshirt, jeans and running shoes, his rugged looks made me wonder if he was a holdover from the rebellious 60’s; except that he wasn’t shuffling by aimlessly.

…His face was as intense as a German Shepherd pursuing an unfamiliar sound in the night.

John then calculates his next Kungfu attack which I call the Christ-Love Jab-Cross-Combo:

His (John) first words were whispered directly at the man who had threatened the others with hell. “You really have no idea what motivates you, do you?” His tone was one of sorrow, and his words sounded like an invitation. There was not a trace of anger in it.

…“He (Jesus) was nothing special to look at. He could walk down this street today and not one of you would even notice him. In fact he had the kind of face you would shy away from, certain he wouldn’t fit in with your crowd. “But he was as gentle a man as one would ever know. He could silence detractors without ever raising his voice. He never bullied his way; never drew attention to himself nor did he ever pretend to like what vexed his soul. He was real, to the very core…..“And at the core of that being was love.”

…“I’m not talking about mamby-pamby sentimentalism either. He loved, really loved. It didn’t matter if you were Pharisee or prostitute, disciple or blind beggar, Jew, Samaritan or Gentile. His love held itself out for any to embrace….they tasted a freshness and power they could never deny… he seemed to know everything about them, but loved them deeply all the same. ”

… “And when he hung there from that filthy cross,” … “that love still poured down–on mocker and disillusioned friend alike. As he approached the dark chamber of death, wearied of the torture and feeling separated from his Father, he continued to drink from the cup that would finally consume our self-will and shame. There was no finer moment in all of human history. His anguish became the conduit for his life to be shared with us. This was no madman. This was God’s Son, poured out to the last breath, to open full and free access for you to his Father.”

… “If I were you,” he (John) said with a wink and a smile as his eyes swept over those who’d started the discussion, “I would waste far less time ragging on religion and find out just how much Jesus wants to be your friend without any strings attached. He will care for you and if given a chance will become more real to you than your best friend and you will cherish him more than anything else you desire. He will give you a purpose and a fullness of life that will carry you through every stress and pain and will change you from the inside to show you what true freedom and joy really are.”

I love the above description of our Savior and encourage you to read those pages again. The chapter ends with Jake wanting to meet John but John vanishes out of sight in an alley.

I hope they make this into a movie one day.

I know it’s Monday and you should probably be putting out fires so come back later to watch this below sermon from The Simple Church service we attended.

Video can be found at: http://bcove.me/o9k6fsok

TobyMac – Me Without You (Official Lyric Video)