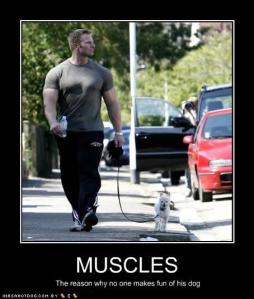 Have you heard the saying, “It’s a dog’s life.”

I’ve got a 6-mo old puppy that weighs over 50lbs. He’s the most handsome golden lab ever.

His name is Bo but we also call him T-Bo (after Tebow). He’s strictly an outdoor dog and his owner trained him well.  On the first day of meeting him, he passed all our test.  It seemed like he already knew that we’d be his new masters. Noah and Abby love playing with T-Bo, and Noah explains that he will protect them from the bad snakes. =)

Check out this fun poem with a twist at the end.

If you can start the day without caffeine,

If you can get going without pep pills,

If you can resist complaining and boring people
with your troubles,

If you can eat the same food every day
and be grateful for it,

If you can understand when your loved ones
are too busy to give you any time,

If you can overlook it when something goes wrong
through no fault of yours
and those you love take it out on you,

If you can take criticism and blame without resentment,

If you can ignore a friend’s limited education
and never correct him,

If you can face the world without lies and deceit,

If you can conquer tension without medical help,

If you can relax without liquor,

If you can sleep without the aid of drugs,

If you can say honestly that deep in your heart
you have no prejudice against creed, color,
religion or politics,

Then, my friends, you are almost as good as your dog.

(I heard in on Dr. Dobson’s broardcast on Family Radio)

Did you know that the idiom – “A dog’s life” – was originally meant in a negative light which implies a miserable and unhappy existence. Today (in the States), the catch-phrase has evolved to be a positive comment since dogs got it made and in most part are treated like humans or considered like kids. =)

But it might not be so true in other parts of the world, where hot dogs are really hot dogs. Yuck!

Alrighty then, let’s being Chapter 4 – Why Your Promises Didn’t Work.

(Free download of the novel directly –>[JakeStory5x8] or visit the author’s site: http://www.jakecolsen.com/contents.html)

Jake is having one of those days where you just want to throw in the towel. His accountability men’s group is a “no show” and his buddy reveals his struggle with X-rated media – only after revealing he’s been separated from his wife of 30-years.

And what do you know…Tito John has another divine appointment with Jake. Both had a separate meeting in the same restaurant.

Reminds me of when my family went to Dallas over the weekend and stumbled upon some friends at In-N-Out. Don’t you love it when God allows us to cross each other’s path, especially at our favorite burger joint. They got amazing chocolate milkshakes too!

As Jake and John meet for a short time, we get to see what has transpired since their last encounter.

“Your little visit caused quite an uproar. Pastor Jim was angry because the short in the sound system kept popping up during his sermon. It distracted him and he thought it ruined his message. I should have been there to help fix it and instead I was giving a tour of our education wing to someone whose last name I didn’t even know. That didn’t go over too well. I couldn’t even tell him where you lived. He was livid, accusing me of giving some pedophile a tour of our children’s wing.”

“That’s quite a leap,” John answered calmly. I thought the accusation would anger him, but it didn’t even faze him.

“I assured him it wasn’t true, but he asked me how he could trust someone that wasn’t committed enough to be where he was supposed to be that morning. He exploded at me, John. I’ve never seen him like that. We’ve been close friends for over two decades and continued that friendship even after I came on staff. He’s loved me through my worst moments and supported me when others tried to tear me down. Now he picks at everything I do and we don’t spend any relaxed time together.”

I have experienced something similar like this in ministry and it sucks!

“I got rid of that sign you didn’t like, about our church being the house of God, and that guilt-inducing poster.”

John chuckled playfully and shook his head as if I’d just made an innocent gaffe. “I bet that went over well.”

“It’s not funny, John. A few days after I changed the bulletin board Jill Harper, the lady who cut out all those letters and made the poster at my request, came by my office. She asked what happened to the bulletin board. I told her I was uncomfortable with some of the messages it gave out and wanted us to redo it. She was furious that I had changed it without consulting her. I apologized, but it didn’t do much good. She doesn’t want to talk about it anymore and I think she’s been spreading her anger to others on the children’s ministry team. Many of them are upset with me too.”

“A few weeks ago I presented a new proposal to shift the priority of our children’s program to fit what we talked about when you were here.”

“Uh oh? I was so excited. I spent a lot of time and printed up a ten-page paper on how we could refocus our classes and retrain our teachers. I was just certain they would be as thrilled as I to put this ministry on a better footing. I listed specific recommendations about giving up our star charts and changing our songs to be more grace-centered.”

This too I have experienced to some degree and it really sucks to have other believer’s act this way.

“Jake, if you listen to anything else I say, listen to this: Don’t use our conversations to try to change others. I’m only trying to help you learn to live in God’s freedom. Until they are looking for the same things you are, people will not understand and you’ll be accused of far worse. You’re trying to live to what I said without letting God make it real in you. It won’t work that way. You’ll just end up hurting a lot of people and hurting yourself in the process.”

Below is a huge chunk of their conversation. It’s filled with so much truth and application.

“You’re not finding his presence to be any more real for you than when we first talked, are you?”

“Why would you say that?”

Because you’re still trying to make others do it, instead of living it yourself. It’s natural for us to deal with our emptiness by trying to get others around us to change. That’s why so much body life today is built around accountability and human effort. If we could just get everyone else to do what’s right, everything would be better for us.”

“No, Jake! We’re not ever going to get it all right. People are going to mess up. Sorting out a relationship with Jesus is a lifetime journey. The life of faith is struggle enough in a broken world without us complicating it for other believers. Why do you think you weren’t there for Bob and now your pastor isn’t there for you? It’s not because they don’t want to be.”

“Because real body life isn’t built on accountability. It’s built on love. We’re to encourage each other in the journey without conforming people to the standard we think they need.”

This is so true about how we are to help each other instead of what comes naturally – tearing others down for not “conforming”.  Many sincere (rather sincerely wrong) believers will nit pick and suffocate you with demands and accusations. They will even say they are “concerned” about you but really they’re not. At the root, there is a hidden agenda at play but our deceitfully wicked heart blind us from being sensitive to the Holy Spirit’s leading.

“It’s not, it simply respects the process God uses to bring people into truth. I’m not talking about different things being true, but people discovering that truth in different time frames. If we hold people accountable, they will never learn to live in love. We’ll reward those who are better at putting on a better front and miss those who are in the real struggle of learning to live in Jesus.”

“I can’t even imagine sharing that kind of journey with others.”

“It’s the best, Jake! It opens the door for people to be authentic and known exactly for who they are. It encourages them with drawing near to Jesus, not trying to fix everybody with our answers for the universe.”

Wowsers, the above explains so many things. I’ve noticed (living in the South) that we put up a good facade or simply we put on our mask. Why do bank robbers use disguises? To hide themselves from being identified. I read a story of some robbers who was caught because they left behind evidence and wrote a thank you note to the company that made the realistic “human skin” mask. I was shocked to find this video below.

Jake and Tito John must part ways (for now) but Tito John leave him with this last encouragement:

“Take care, Jake. You’re on the right path. It may get worse before it gets better, but that’s the same with surgery. But when it gets better it’s going to be really better!”

“It doesn’t feel that way.”

“I know. Getting to the end of ourselves is not the fun part. It’s just the first part. At that time, the closer we get the further we feel like we are from him. That’s why I want to encourage you to just keep hanging in there with Jesus. He’ll sort all of this out in ways you’d never believe if I could tell you today.”

Amen to that. Just like the “Dog Poem”, when I heard it for the first time, I did’t think it was a description of a dog until the last verse – Then, my friends, you are almost as good as your dog.

TGIF and enjoy the below music videos:

Owl City – To The Sky